Soratha and Patrick are planning their wedding in only 3 months!! and this isn’t going to be your typical wedding – Soratha and Patrick are having four different ceremonies, over 400 guests, and are visiting around 6 locations just on the day of their wedding. The itinerary and festivities are going to be incredible too, dragon dancers, live bands, the works. I wasn’t surprised when Patrick told me all his ideas for this engagement session either. I knew I would have some great moments to shoot.

To start this story off right though, I need to fill you in on their backstory. Soratha and Patrick have been together for lets just say forever. They’ve been planning for their wedding for a few months now, but never had actually proposed. So after we met and hashed out details for their “engagement session” they actually weren’t engaged officially yet, Patrick contacted me regarding his plan to propose to Soratha during the engagement session. He shared with me the story of how they met in Kindergarten at Jane Addams Elementary and how Soratha threw sand in his hair in the sandbox outside of the class. And yes, they met when they were five! Okay so now back to the present – unfortunately the sandbox was demolished and a regular playground was built in the kindergarten section of Jane Addams. Patrick determined, built a miniature sandbox out of styrofoam peanuts and wooden 4x4s. He brought some old chests, tricycles and an easel to paint on to really give the scene some character. After a few shots, Patrick went ahead and showed Soratha what he painted her on the easel. He had an entire story played out about Soratha and himself, finally culminating with an allusion to Shel Silverstein’s the Missing Piece, a childrens book about finding your missing piece. At the very end, Patrick turns the page to a Will You Marry Me page, and finally gets down on one knee….

That was just the beginning, we headed over to El Dorado Park, created some vintage backdrops, a giant red balloon, and naturesque scenes. Finally we stopped by our alma mater, Long Beach Poly where we all actually went to high school, dragged in a pink love seat and played with the idea of love in the randomest places. It seems like alot but we were able to crunch all of this under a few hours and still get some great shots. OK enough of the talking. lets see the work! Thanks Soratha and Patrick for being great models, and ofcourse to my lovely girlfriend Gaby for assisting. 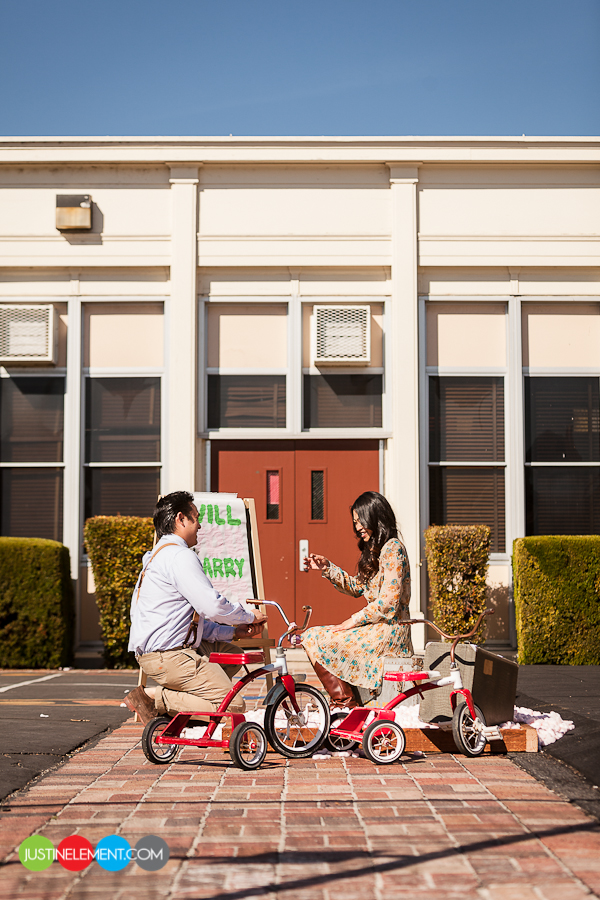 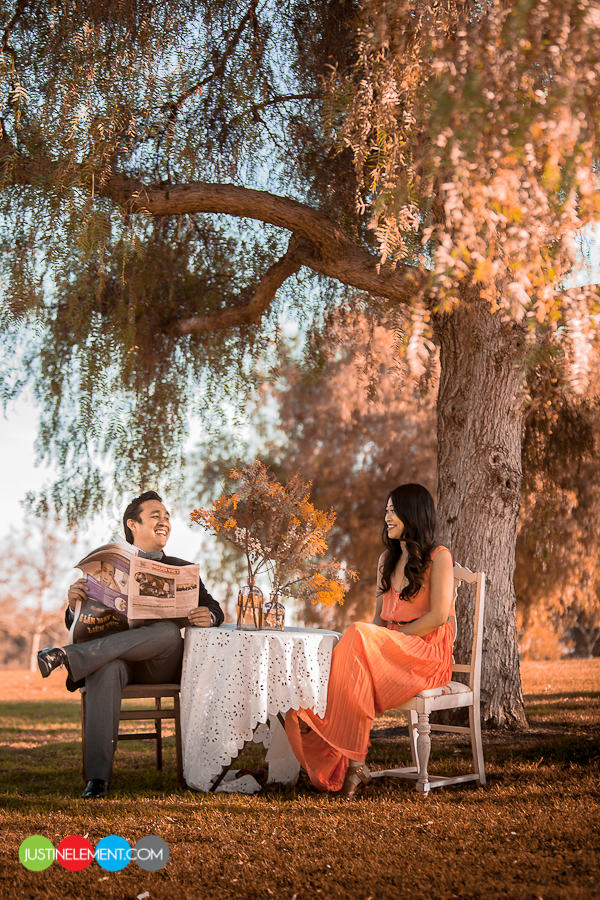 We LOVE the photos! Thank you for putting such a touching slide together! Awesome work, Justin!

OMG, that has to be THE cutest thing ever. I’m squeeing all over the place! ♥

Congrats girl! May u have so much happiness and love!

Thanks, Lojie! Congrats on your marriage!!! You look stunning!!!

Thanks, Tony! Your sons are so adorable!

Hands down probably the best engagement session I’ve ever seen! Congraulations to you, happy bride!

Soratha, your photos are so fun, lovely and just capture your happiness :) congrats to you and Patrick!

These came out so great..I love them! It truly captures Soratha and Patrick. I love seeing Poly… Go Jackrabbits! Poly Alum myself :D Big congrats again to the happy couple <3 and Thanks Soratha for trusting me with your makeup.

I love all the photos!